A week or so ago I was surprised to get an email inviting me to a mysterious launch of some gadget that would, allegedly, improve my social life.

And it specifically mentioned this blog.

I was surprised because:

This is hardly a must-see blog.  Although my post on how I write the Who’s Who in The Archers book had over 1000 views, that’s exceptional.

And it’s not exactly a blog on tech or gadgety things.

Flattery turned to intrigue when the actual invitation arrived in the mail:  a rubber stamp, ink pad and piece of rough paper on which to print my own invitation.

(These pix courtesy of Ms Geeky)

Dried on Paper… sounded like ink was involved somehow.

There was a little speculation in the blogosphere about what this was all about, but it was only on the day itself  that the suggestion arose that it was a phone.

A phone… seems a bit disappointing after all that build-up.  But it seemed like a pretty clever phone – very tied into social networking sites like Facebook, but at a much cheaper price than the iPhone or other smartphones.

So I made my way down to London’s trendy Shoreditch, partly because Unabombers were playing and Hexstatic were doing the visuals, which seemed to imply that that the event should be of good quality.

And it was.  Lots of attractive young people (who were they? why were they there?), plenty of free booze and not enough food to soak it up (nibbles courtesy of Jamie Oliver’s nearby “15” restaurant).  And indeed the music and visuals were good. 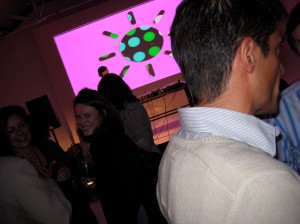 And I have to say the phone itself – the INQ 1 (‘Ink One” – geddit) is a cunning piece of kit.  Cleverly integrated with Facebook, Skype, MSN Messenger, Last.fm (not Twitter yet, although you can access Twitter via its browser, as you can RSS feeds). 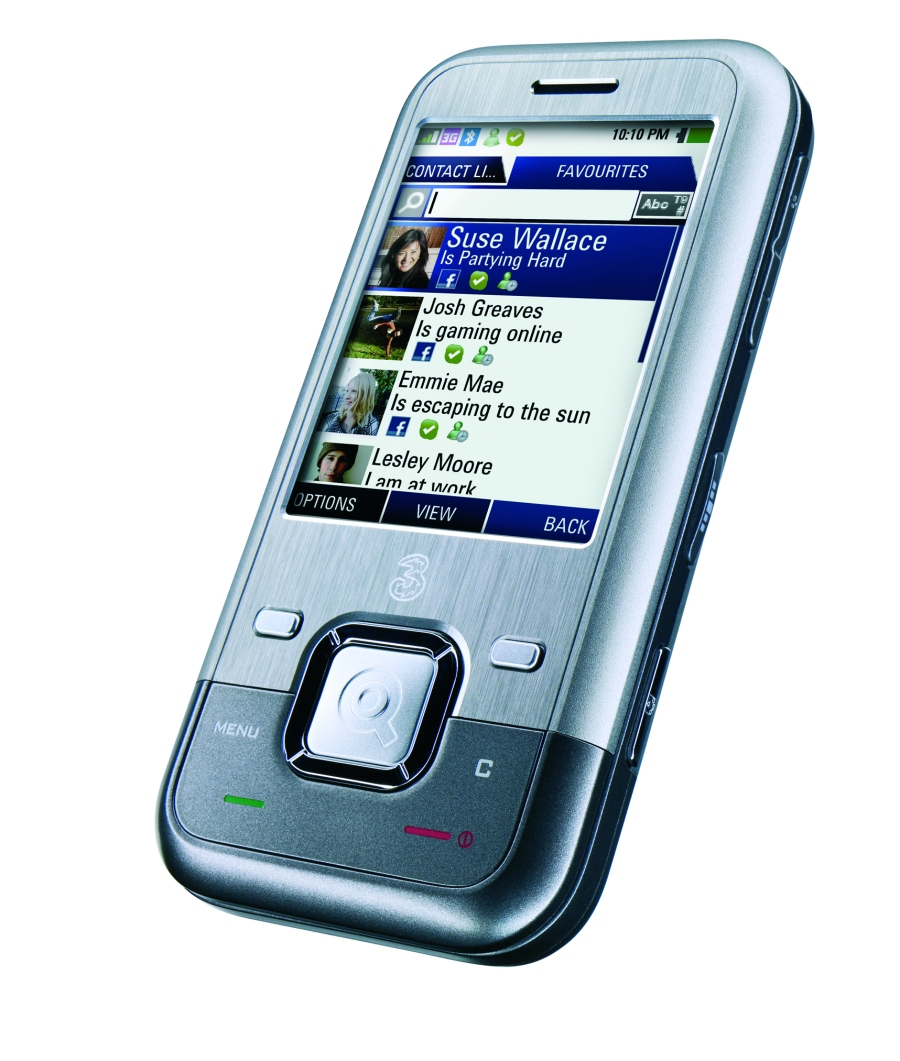 It’s relatively small – much more the size of a Motorola RAZR than an iPhone or Nokia N95/96.

And at a base £15 per month with unlimited web/Facebook/Skype calls/texts plus 75 voice minutes (an extra £5 a month gives you  200 minutes) it’s very attractively priced compared with its flashier rivals.

I think they could be on to something.

Detailed review from The Guardian.

(I eventually worked out why I’d been invited, by the way, once I’d realised that 3 was involved.  It’s because I wrote about my 3 mobile internet dongle a while back. Somehow I didn’t think they wanted me because of my series about camping equipment for festivals :o)