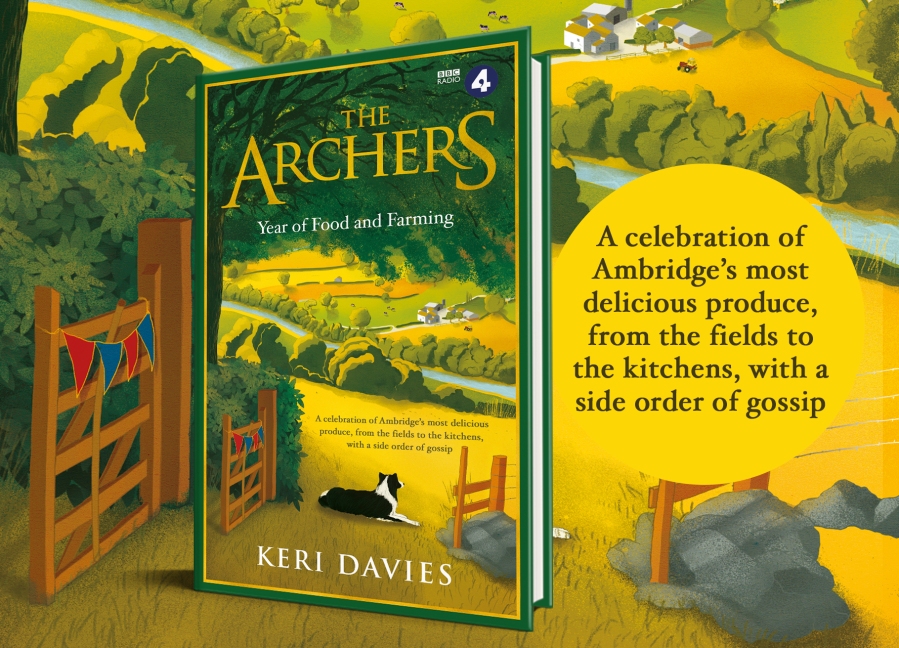 In 2019, I wrote a book, The Archers Year of Food and Farming. It was published by Seven Dials in September of that year.

As it has twelve chapters – one for each month of the year – I thought it might be nice to dust off my ancient blog and put up a monthly extract, to give people a flavour of the book.

As I’ve only just had this idea (in November, duh), I’ll put up three this month and one a month thereafter.

This is how the book starts:

No, you haven’t opened the book at the wrong page – and the publisher has assembled it in the correct order. A teacher will tell you that of course the year starts in September. And so will a farmer, so that is where we are starting our Archers year

But for many Ambridge worthies, September also means a culmination. Armed with weighing scale and preserving funnel, trug and trowel, they are preparing to do battle in the annual Flower and Produce Show. Two rivals are gearing up for this gladiatorial contest. It started with an unthinking remark from Fallon Rogers, during a busy Sunday in her Ambridge Tea Room. Apparently unaware that the 1950s ended some time ago, Jennifer Aldridge had treated her stepson Ruairi to a slap-up end-of-the-holidays afternoon tea. A wizard wheeze, Ruairi had dubbed it, although Jennifer did not quite catch the irony. In any case, both had been sent into raptures by the scones and driven quite ecstatic by the Victoria sponge.

[There’s a recipe for Victoria sponge at this point]

The sugar rush might have had something to do with it, but Jennifer was effusive in her praise. “It’s just as well you can’t enter your cakes in the Flower and Produce Show, Fallon”, she had said, dropping her change into her Moroccan leather purse.

“It leaves the way clear for people like Emma”, Fallon joked as she closed the till, unaware that her employee had suddenly turned as cold and chippy as the mint choc ice-cream in their freezer.

“What did you mean by that?” The cafe was now empty, and Emma was sweeping the floor with unnecessary vigour.  “Are you saying I’m an amateur?”

“Um…” They usually rubbed along well, but sometimes Fallon was reminded that Emma was Susan Carter’s daughter. Both could take offence in an empty room, if they thought it was casting aspersions on their status.

“’Cos I bake as much of the food here as you do.” This was not strictly true, but Fallon knew better than to quibble.

“No, I just meant… you have put stuff in the show.  Your…  those Brazilian things.”

Fallon blundered on. “It just wouldn’t seem right for me to enter, somehow. I’ve been a judge.”

Emma’s eyes narrowed. “Not with a cake, maybe.”

And so the battle lines were drawn and the weapons selected. Cakes were clearly off limits. But the chutney that the tea room serves with its Ploughman’s Platefuls comes from a small supplier in St John’s Parva. So there could be no accusations of professionalism in that category.

[This imagined story continues through the chapter, interspersed with explanations of what’s happening on the farms in Ambridge, food-related stories from The Archers Archive, behind-the-scenes insights and lots of recipes. Over the months, I’ll choose bits from all these categories.]

If this whets your appetite, you can buy The Archers Year of Food and Farming as a hardback or ebook through all booksellers. If you’d like to buy online, could you consider using Hive, which supports local bookshops.

And do let me know what you think of the book – or these snippets –  by leaving a comment here or on my Twitter stream.